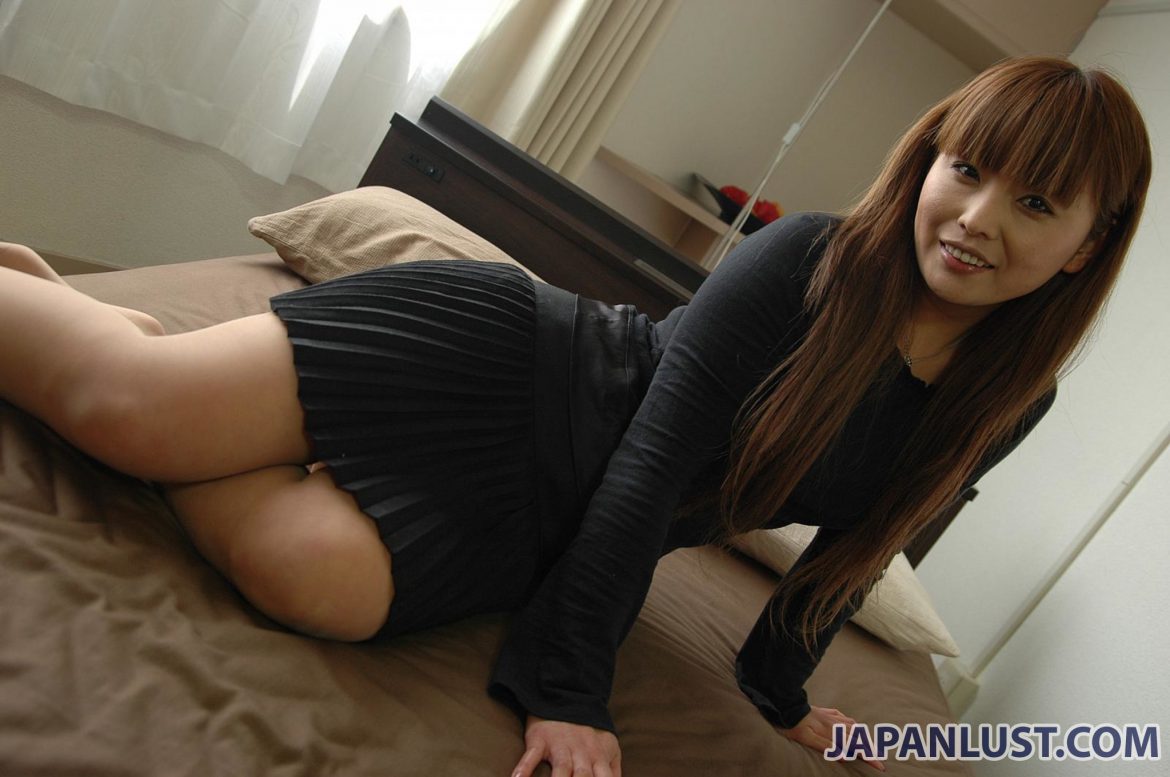 When we asked if her daughter was cute, she paused for a bit before giving an unenthusiastic “Yeah…”. And so we had to ask about the reason for her tone.

Turns out the only adjective she’d use for her daughter is “Annoying”. The girl is a demanding spoiled brat who never does what she’s asked to and is only good for whining and complaining.

Things get worse when we get to talking about her husband, a good-for-nothing salary man who’s out “working” all the time but somehow never brings any money home.

His uselessness would be forgivable if he at least put effort into being a good husband.

Hiromi can’t even count how many months it’s been since he last touched her, which would be understandable if he had an ugly unfuckable wife, but when you’re married to such a sexy woman with that gorgeous body of hers, there’s absolutely no excuse for not spending every single night drilling her pussy.

She just wishes that she would have some time for herself to hang out with friends and enjoy her life.

Finding some time to satisfy her needs

Hell up until this moment, she didn’t even have time to cheat on her husband. And now that she finally has, she’ll take out all her frustration and stress on this lucky guy’s hard cock all the way till his forced to dump his seed inside of her.

She starts taking it off up top, lifting up her t-shirt. And what a pleasant surprise that shirt hides beneath, a couple of large titties covered with a seductive beige bra.

Bringing her arms together while squeezing her delicious knockers in between, their voluptuous shape is simply hypnotizing.

The skirt follows the shirt, revealing her delicious thighs and matching panties.

Her shy attitude makes her charm practically impossible to resist.

It takes a while to convince her, but she finally agrees to drop down her panties.

Now we can see her hairy mature pussy, a sexy untrimmed bush is on top of it.

Denma being her sex toy of choice, she massages her neck before heading down towards her lustful pussy.

Massaging her sensitive clit with machine’s vibrating head, she seductive moans are quite audible.

Her shyness hides a sexual beast. She’s unrelenting. Crushing her clit with the toy until she’s no longer able to hold back her climax.

It’s obvious just how long her pussy has been waiting for this. After all, her careless selfish husband hasn’t taken care of it for years now.

But she’s not here for the artificial stimulation; she’s here for some real action. She puts the toy aside, inviting her partner to have his way with her anticipating hole.

Her man teases her pussy with his fingers before shoving them straight in.

The guy sees the dripping wet hairy pussy and can’t help himself, he has to taste it. So he buries his nose in her sexy bush, and goes wild with his tongue, eating her out.

Now that he’s presenting his hard cock to her, she understands it’s time to service her guest, just like he took care of her.

Hiromi spreads her stunning legs as she jerks the shaft with her hand. This cock is so much bigger than her lazy husband’s.

Taking the pleasure to a whole new level, she lets him lie down so she can use that pretty mouth of hers.

Her luscious pink lips hug the stiff shaft as the head hits the back of her throat. But the cock is just too big for her to swallow whole.

This dude is already in heaven, but they have to end their foreplay there. As an even more satisfying feeling awaits him once his cock is inside of her hairy pussy.

His cock dives all the way in. And as the pace increases so does the strength of tits’ jiggling with each thrust.

At this point he’s straight up pummeling her yummy ass cheeks with his groin.

With the hard rod stirring up her insides at such a rapid pace, she’s no longer in this world, she’s ascended to sexual paradise. The sounds coming out of her mouth are soaked with pure lust.

Dumping his hot load inside her already wet pussy, the many fluids in there all mix together for a cocktail of sensual desires.

Lastly, she leaves to take a shower after experiencing this unforgettable night, bringing this perfect scene to an end.