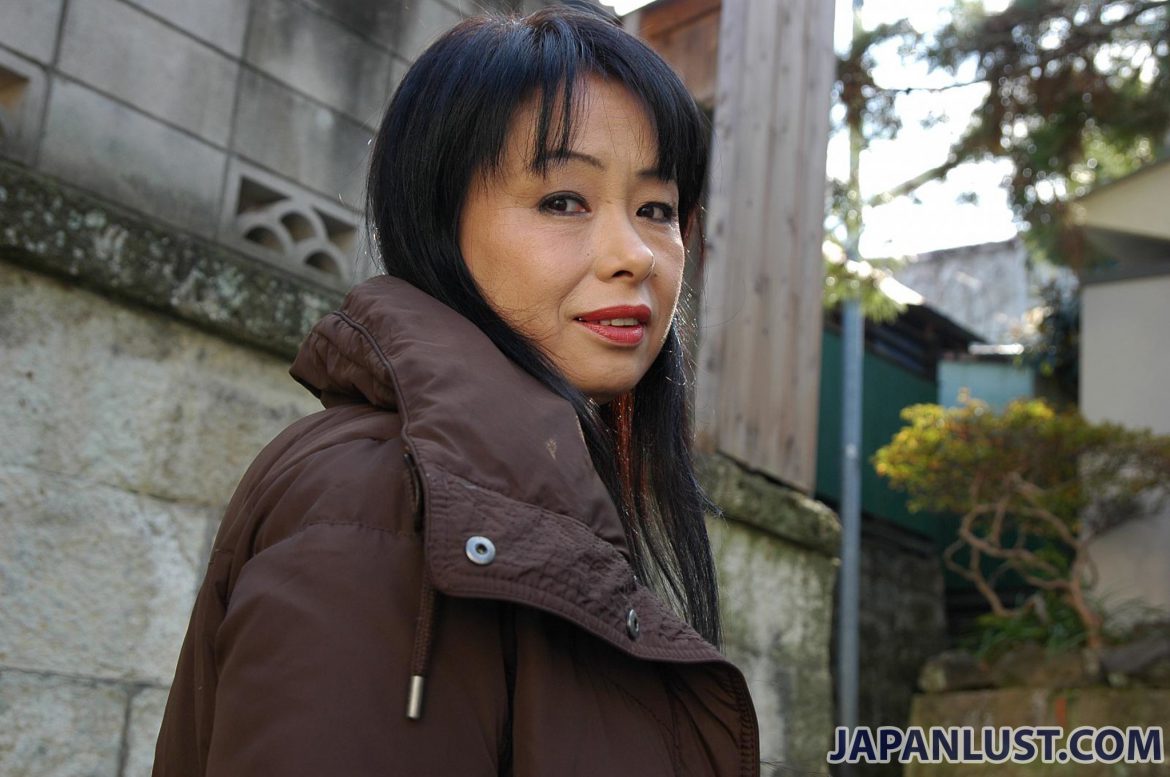 She very recently passed her second decade of marriage to her loving husband, and throughout those 20 years her sex drive has increased a hundred times more.

So she went ahead and gotten herself a young boyfriend on the side. The moment her husband leaves for work, the adulterer lets her other partner in for hours of sensual sex that only a young man’s body can handle. She’s been doing this every single day for the past few years, aside from weekends where her husband never leaves the house.

Recently however, even two cocks and hours of getting her pussy pleasured by all sorts sex toys and drilled with a hard throbbing cock have not been enough.

She found herself in need of adding a new dick to her list, surely three will do the trick.

And thus came her second boyfriend, it’s ironic to think how her first one always thought Sachiko’s husband was a fool for not only failing to satisfy his woman, but also failing to notice the writing on the wall that’s she’s screwing someone else behind his back, now he’s just as much of a fool himself.

To make it special though, this time she’ll be doing it all on camera. Watch as this experienced mature cougar sucks and fucks her new toy all the way till he dumps his load all over her face.

Standing up and slipping her legs out of her pantyhose before taking off her miniskirt. This mature cougar is wearing a thong, talk about lascivious acts.

One hand holding his ball sack, and the other grabbing his shaft’s base, she nibbles and sucks till the cock is hard enough to split a brick in half.

He bends the mature cougar over on the couch, and goes down on her raw. Slapping her fleshy ass cheeks with his groin like there was no tomorrow.

Sachiko takes things to a more appropriate place, heading to the bedroom and lying down. Her inviting pose urges her man to use her mouth to please her.

A couple of passionate kissing lead to some sensual tit sucking and nipple teasing, all the while his hand is taking good care of her pussy.

Her pretty mouth goes on an expedition, leaving no area of her man’s body undiscovered. The mature cougar nibbles on his chest and nipples with her sweet lips before heading down to give his hard cock some more love.

Facial for her troubles

A 180 rotation brings her voluptuous ass right in our face as she hops up and down on the rod, drowning it in her pussy juice.

On all fours and ready for doggy style, the mature cougar is clearly no newcomer to taking hard cock deep inside her mature hairy pussy.

It’s very clear that missionary is Sachiko’s favourite position, since her sexy sounds are louder than ever once she’s spread open and the cock drills her deep.

Somehow managing to shove it back in right before he ejaculates, he then gets it near her face and his sticky load fills it up for a perfect hot facial.

She thanks him for making her feel so good, as the scene comes to a close.