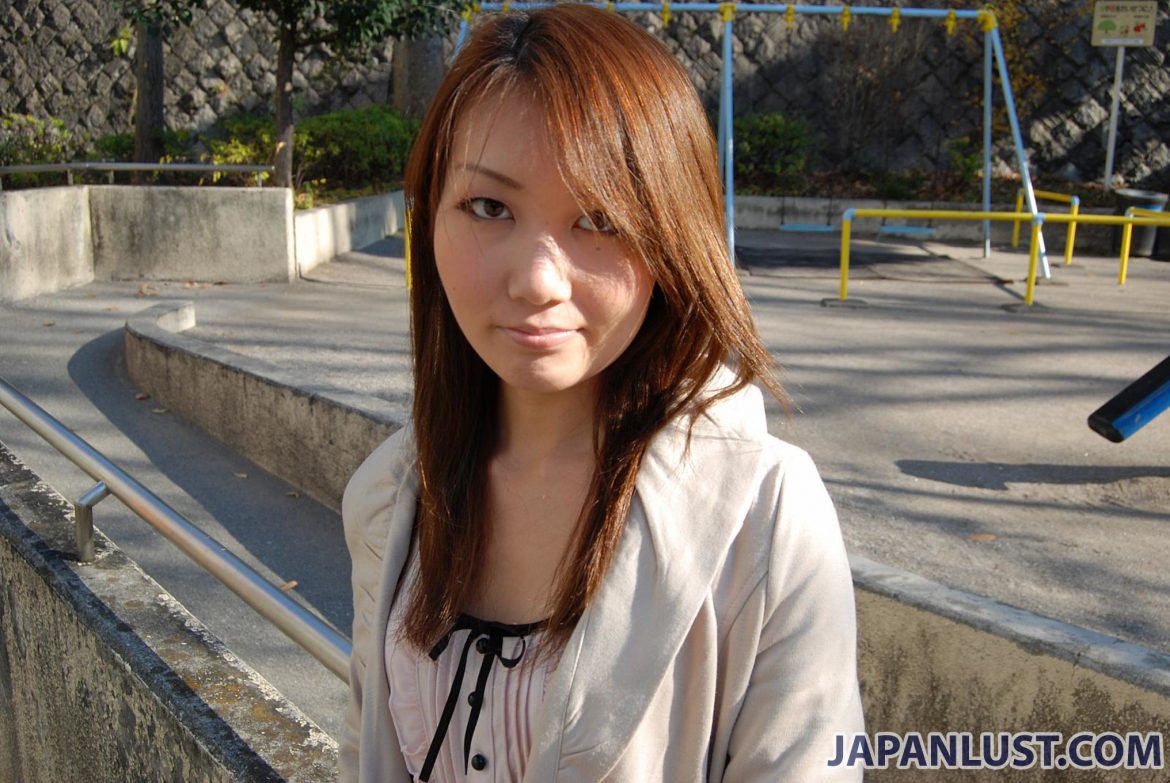 Adorable teen Kazuha Kimura is dressed too cute for what she’s about to do for us here at the Japan Lust studio.

Her captivating smile and absolutely charming outfit have made the word “kawaii” practically part of her everyday life.

But Kazuha is not a complete slut who’s willing to ride any man who catches her eye; in fact she’s only been with two or three different men her entire adult life.

Her shy side is adorably displayed when we ask her to demonstrate how she fingers herself at home for us on cam, she cutely replies with “Right now?! Can I show you later?”

Negotiating with this adorable teen

Beneath her elegant one-piece, she’s hiding a pair of racy pink underwear that she’ll use to seduce this lucky stranger into drilling her tight pussy harder than ever before. And he’ll leave a hot facial as a parting gift.

The babe bends over on the mattress and brings her yummy little ass up. Her racy pink panties are easy to spot with how short her elegant white one piece is.

To turn the heat even further, she takes off her panties while leaving everything else on.

Kazuha is simply a seduction queen. She sits down and lasciviously lifts her one piece just enough to expose her delicious thighs.

Lifting a bit more reveals her cute little ass and glimpse of her adorable teen pussy.

Invitingly taking off her one piece brings an end to the sensational strip tease. Her steamy pink bra covers a pair of heavenly plump and firm tits.

Presenting her with his cock which has turned to stone listening to her provocative JOI and watching her bewitching strip tease, she alluringly touches and teases it from over the boxers.

This is most definitely not the same inexperienced adorable girl we’ve talked to just a few minutes ago. She’s a mistress of pure arousal.

Her sweet lips caress the protruding pole without removing the underwear covering it.

Finally dropping her partner’s boxers after she’s turned his cock harder than a brick wall, she attractively lies down. Playing with her adorable teen pussy and gorgeous tits as he jerks off to this straight-from-paradise scene.

He wants to play too. Teasing her delicate tiny nipples with his fingers, then flicking them with his tongue.

Slapping her perfect boobs with his cock, he realizes he’s let her rub herself without help for long enough. And hands her a pink denma suiting to a goddess of her caliber.

Kazuha uses the toy to arouse her erect nipples first before reaching down to stimulate her sensitive clit. After all, if she has an experience with anything sexual, it’s sex toys.

The babe’s loud and sensual screams of pleasure completely mask the noise coming from the rapidly vibrating denma. Her adorable teen pussy is already soaking in love juices.

She spreads the luscious pussy lips to expose a wet pink hole oozing pure lust. The sight is just too appetizing not to go in for a taste.

Flicking his tongue up and down the lips, he then uses his cock to rub them without penetrating her.

Lovingly holding the shaft between her cute little hands, she nibbles on the head with her sweet lips.

Licking the rod and gracing it with her spit in between driving it to the back of her throat, her pretty mouth firmly hugs it as her hand holds the base.

It’s finally time, no more foreplay. At last, he’ll get to penetrate that adorable teen pussy.

A facial for her troubles

Kazuha gets on all fours yet again, she clearly like being posed like this. She brings her beautiful ass back and her mouthwatering tight asshole is pulsating in anticipation.

Her man has no plans of going slow for too long however, immediately picking up his pace and pummeling those yummy ass cheeks as she turns from exhaling lust to barely being able to breathe.

“It hurts!” She screams as the cock stretches her adorable teen pussy way past its limit. They both know she’s really enjoying it.

Treating her to her favorite position, he lies down and lets her ride on top.

Despite being held tight by the bra beneath them, her marvelous tiny tits still bounce with her as she slides up and down the hard cock.

Now with her tiny ass right in front of him, she starts to pound on his groin with her skinny cheeks. The slapping sound the perfect tiny pair makes when they bump into his body and jiggle is as seductive as it can get.

After reversing herself and bringing that pretty little ass into view; he lets her ride in reverse cowgirl for a bit before spreading her slender legs and slamming her like a madman, completely tearing her pussy apart.

Things reach a whole new level once she’s back in missionary and her stunning legs are spread once more. The babe is squealing as the hardcore destruction of her adorable teen pussy culminates in a hot facial.