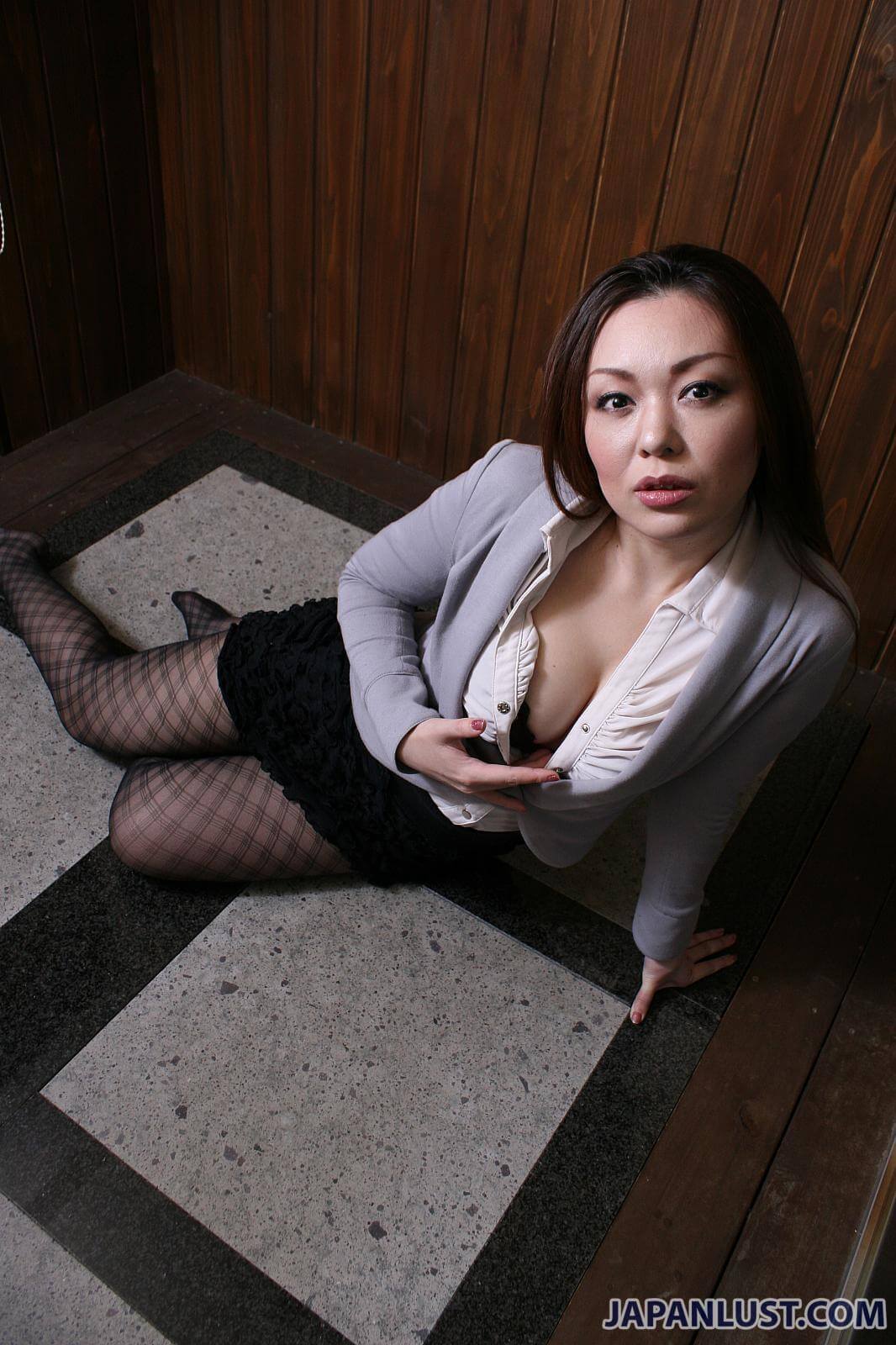 Even though she looks like one naughty cougar with those glistening lustful lips, she says she’s never been interested in maintaining a long-lasting affair.

She calls herself a denma girl; it’s simply the most effective toy to stimulate her clit.

We ask her to start stripping for us, and she gladly grants our wish.

Once the jacket is off, the true majesty of her big boobs is easier to appreciate. And it gets even better after she unbuttons the shirt itself, revealing her racy black and red bra.

But nothing even remotely compares to the arousing sight of her naked mature boobs once she unhooks her bra. She says they’re e-cups, but she’s obviously trying to be humble.

Pushing the vibrating head of the denma straight against her sensitive clit, she quickly starts to twitch and moan as the stimulation sends shocks of pleasure through her body.

Yuki loses control of herself, and piss comes flowing out as she approaches a sensational climax.

A bath with a goddess

Her pretty mouth rotates between licking and sucking while her hand is working the shaft. The cock is turned rock hard and happily red in no time.

Apparently, she equally enjoys pleasuring her man and getting pleasure herself. She also likes her tight hairy pussy to be pounded just right, not too rough, not too soft.

Back to swallowing the cock, now even deeper, she lewdly slurps as her luscious lips slide all over the rod. Making sure to use all her assets, her slick tongue goes for many lascivious licks.

What a ball-busting technique, running her pink lips up and down the shaft while rubbing the tip with her finger. The guy is going out of his mind.

Finally getting his hands of those gorgeous big tits of hers, he squeezes them and sucks on the erect nipples as if it was his last moment on this earth.

In order to prepare her tight hairy pussy for what’s to come, he mercilessly ravages it with his mouth. Sucking on the lush pussy lips while his tongue reaches deep into the lustful hole.

Not needing to change her position, he teases her anticipating pussy before shoving his cock balls deep. And with no regard for pacing, he thrusts as fast as a madman right off the bat, making her plump tits sensually jiggle.

Sliding her pussy on the cock like a true professional, she then leans back and jumping up and down the stiff rod.

But her tits aren’t the only part of her that can bounce. Once she rotates for a reverse cowgirl her delicious big ass is just as sensational.

A much stronger pummeling starts, making the stunning naked woman scream in pure pleasure. Her yummy ass cheeks wiggle to the beat of his groin bumping into them.

They end up back in missionary once again, with him stirring her insides harder than ever before.

Forced to finally empty his balls, he fills her tight hairy pussy with his hot seed.

“Call me if you ever become good at this” is her final disappointed reaction.