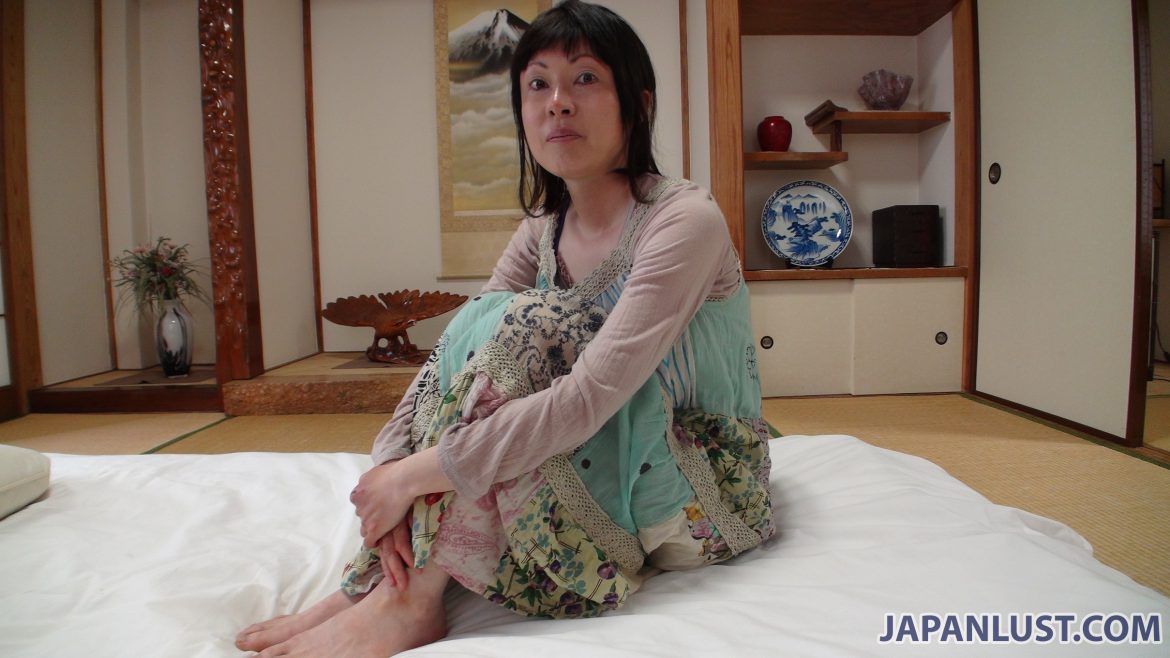 Six years of a miserable marriage and no offspring have left busty cougar Sayoko Sekiyama wanting of a miracle to save her from the cage she’s unintentionally locked herself in. That’s her reason for coming to Japan Lust, she wants a sensual hour of hardcore sex to relief all her built-up stress.

The mature wife still has sex with her husband twice or three times a month. But whenever they do, it’s an act completely devoid of emotion. It’s almost like the only reason pushing them to still touch each other is because they think they’re supposed to.

To Sayoko, that number is very little, and not remotely enough. Even if it’s just a physical act they’re putting up, she still has her sexual needs which need to be fulfilled.

It doesn’t help matters that she’s an extremely impatient person. Neither she nor her husband is willing to try and talk about their problems.

The only time this busty cougar is not hasty, is when she’s getting pounded. She likes to take her time and savor every moment sucking and riding a hard cock.

She says she’s a little bit of a masochist, but what she mainly means is that she likes to be treated rough sometimes, nothing too extreme though.

Like 99% of Japanese women, she likes to ride the cock like a true cowgirl. It’s always difficult to understand why they all have this answer, when the vast majority of them are incredibly submissive. This is considering cowgirl to be more fitting for a wild girl of course.

Standing up and slipping her legs out of her pantyhose before taking off her miniskirt. This busty cougar is wearing a thong, talk about lascivious acts.

One hand holding his ball sack, and the other grabbing his shaft’s base, she nibbles and sucks till the cock is rock hard.

He bends the busty cougar over on the couch, and goes down on her raw. Slapping her fleshy ass cheeks with his groin like there was no tomorrow.

Sayoko takes things to a more appropriate place, heading to the bedroom and lying down. Her inviting pose urges her man to use her mouth to please her.

A couple of passionate kissing lead to some sensual tit sucking and nipple teasing, all the while his hand is taking good care of her pussy.

Her pretty mouth goes on an expedition, leaving no area of her man’s body undiscovered. The busty cougar nibbles on his chest and nipples with her sweet lips before heading down to give his hard cock some more love.

A 180 rotation brings her voluptuous ass right in our face as she hops up and down on the rod, drowning it in her pussy juice.

On all fours and ready for doggy style, the busty cougar is clearly no newcomer to taking hard cock deep inside her mature hairy pussy.

It’s very clear that missionary is Sayoko’s favourite position, since her sexy sounds are louder than ever once she’s spread open and the cock drills her deep.

She thanks him for making her feel so good, as the scene comes to a close.