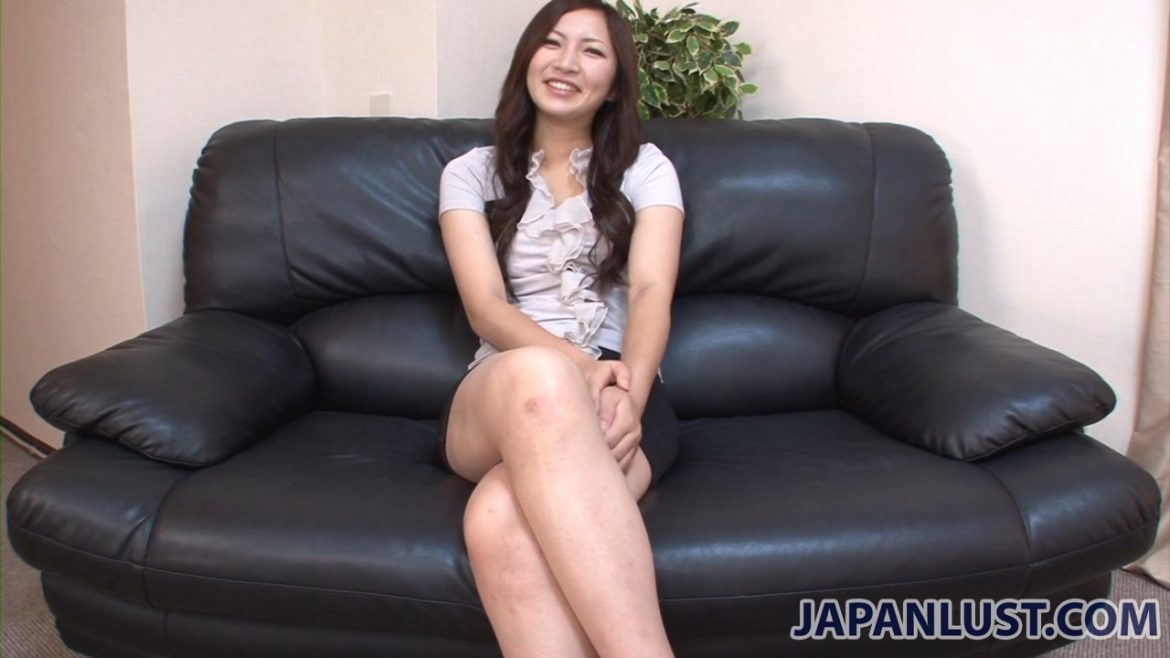 Not only that, but all the girls around her are very competitive and always looking for someone to start a fight with, making her workplace get very depressing at times.

Being a heavy drinker and a sucker for red wine, she takes her frustration out on alcohol, karaoke and shopping with her girlfriends, but her coping mechanisms have almost completely lost effect as of late.

Adding to her misery is her recent lack of a serious relationship in her life, as she broke up with her latest boyfriend only one month ago.

The fact that she’s such a beautiful young lady makes her wonder if her honest personality is the reason behind her inability to create a long-lasting bond with a man, as she always says what’s on her mind and finds hard to tell a lie even when it sounds better than the truth.

Her tight pussy hasn’t been drilled since her breakup, and even though it’s been a few years since she lost her virginity, she only discovered how amazing sex can be and how much she loves it about a year ago. All of these details make it very unfortunate that her mouth-watering tight body has not been getting care of properly despite her arousing outfits being a clear sign that she’s craving some hard cock to suck and fuck.

Beneath her gorgeous outfit is some racy white underwear.

As for her panties, we get a bit teased as she brings her legs together after removing them. The young secretary knows everybody’s dying to get a glimpse of that perfect pussy.

This young secretary is also very talented, able to spread her slender legs to a nearly perfect 180 degrees. If this is not one made-for-fucking girl, then we don’t know who is.

The young secretary is immediately handed a pink rotor after leaving the shower. It’s clear this is not her first time using one.

Now taking things into his own hands, he drives his finger deep inside of the young secretary, violently wiggling it.

Yuma knows she can’t just let her guest take care of her like that without any form of reimbursement. She takes him to the bedroom where she has him lie down so she can swallow his hard cock.

The young secretary gets on top of her man, sitting on the cock, leading it inside her without even using her hands.

Yuma is now on her back. The young secretary’s heavenly legs spread as she’s penetrated once more.

She takes the few seconds she has as they’re switching to the doggy style position to catch her breath.

Pummeling the young secretary like a deranged man as her lustful screams ask for more, his wild speed has already brought him to his limit.