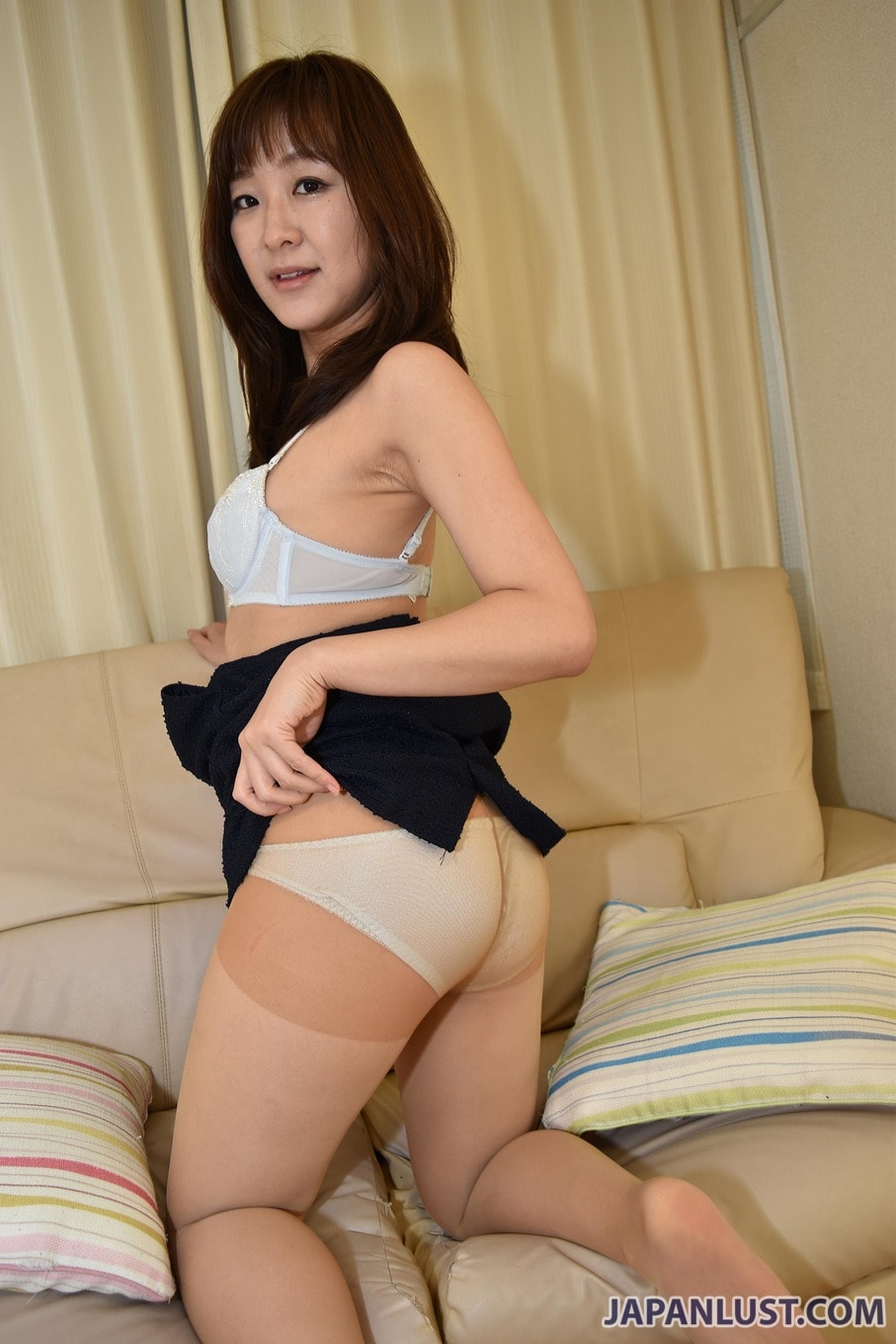 Time to start having fun!

He slides his hand on her ass, her body twitches as he fondles it. His hand starts to slowly move up, passionately touching her all over. Stopping to caress her ear and the back of her neck, he moves back down to unhook her bra.

Standing up to seductively remove her pantyhose, she hurriedly lies back down on the bed to parade her sexy mature body. The man is quick to take note of her inviting pose, and starts to gently caress her thighs, his hand making its way to her tight hairy pussy.

Closing in, he spreads her pretty pussy lips, and we see his fingers stimulate her clit. Unable to handle the overwhelming sensation, her body quivers violently from the intensity of this amazing feeling. She turns around and bends over, asking to be pleasured longer and harder.

Her ass wants some love too!

The look on her face says it all. Just how long has it been since she’s felt this satisfied? Now that she thinks about it, maybe she’s never reached this amount of pleasure with her husband before.

Taking a little break to allow her to relish the moment, his hands and mouth reach for her boobs again.  His tongue running in circles around her areola, an extremely arousing kiss shows just how high on serotonin she is.

His tongue ravages her tight hairy pussy, as he dives deep with his nose buried in her pubes.

After all he’s done to stimulate her, maybe it’s time she returned the favor. Getting on her knees and slowly stroking his hard cock with right hand before switching to her left. She realizes that won’t do it, so she brings her mouth closer, and teases his sensitive shaft with her tongue before hugging it with her luscious lips.

Her technique is amazing, nibbling on the shaft with those alluring lips, then using her ravishing tongue to lick it like a lollipop.

She’s on all fours, but he wants to tease her pussy a little before he goes in. He strokes her lips with his cock’s head before shoving it deep inside. The rhythm is slow at first, but that doesn’t last long, he quickly switches to full gear, with his hips loudly pounding her perfect ass cheeks.

The sight of her bare back and the exhilarated noises coming out of her mouth can make any man rock hard within seconds. There’s no wonder this guy keeps going faster, he can’t stop himself or slow down when blessed with such an arousing sexual beast.

Her stunning ass cheeks and gorgeous tits start to violently jiggle to the rhythm of the hard pounding her pussy is receiving. And her moans only get louder.

With her turn on top, Reiko doesn’t hold back, rapidly jumping up and down while her perky little tits bounce with her. Putting effort to please herself and her man. She leans back on her arms before switching to the front. And we get an insta-diamonds shot of her beautifully spread ass, as the cock covered with love juices rams her wet hairy pussy.